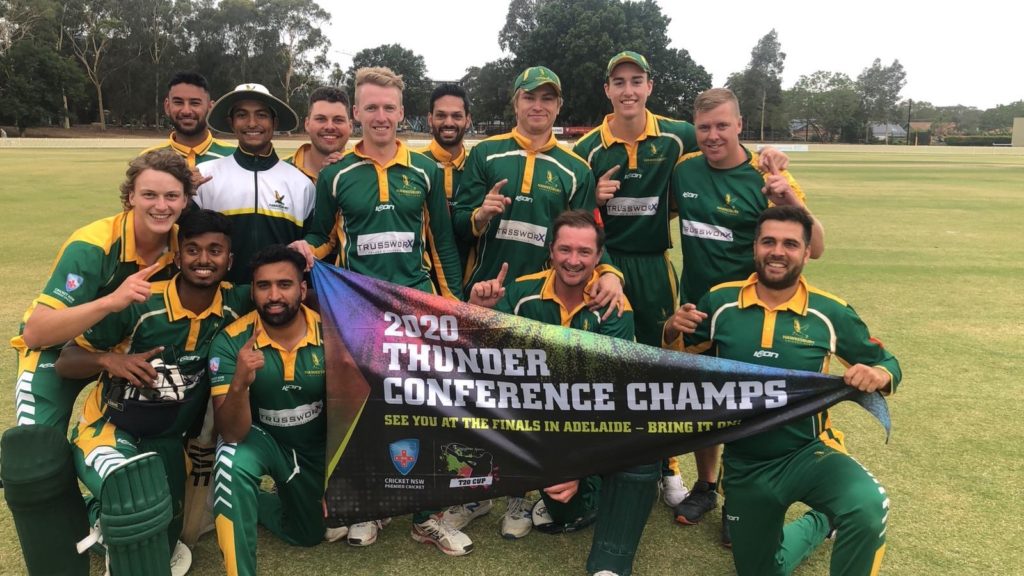 Hawkesbury Cricket Club overcome the undefeated Bankstown team to claim the Sydney Thunder Conference title on the second last ball of the game. The win puts Hawkesbury into the Grand Final V Sydney who beat Randwick Petersham in the Sydney Sixers Conference final. Hawkesbury will also compete in the National T20 Championships held in Adelaide in early 2020 where the 2 leading teams from each state compete in a National Championships.

The Hawks who bowled first restricted the undefeated Bulldogs to 142 off the 20 overs. With young quick Austin Philip taking the first wicket of the innings off the first ball when he had Bankstown opening bat Nick Carruthers caught behind. From there the bulldogs lost 3 early wickets in their innings as the Hawks had them 3 for 11, with Carruthers, Stoneman (an ex English Test player) and NSW batsmen Dan Solway all back in the dressing rooms, Bankstown were on the back foot. They made a good recovery to take their total to a competitive 142. Wicket takers for the Hawks where Hameed Kherhkah taking 3/25 off his 4 and Austin Philip, Bailey Thompson, Nivvi Radhakrishnan and Jas Cheema all taking a wicket each.

The Hawks run chase started with boundaries, just like the wickets did in Bankstown’s innings with Ryan Mizzi finding the boundary 3 times in the first over clearing the infield. This continued in the 2nd over until Mizzi was caught on 22 off 10 balls to get the Hawks away to a flyer. This set the scene and for the run chase with the Hawks Captain Peter Forrest (52no off 50 balls) controlling the innings with Dale McKay (36 off 34 balls) as the pair put on a 57 run partnership for the 3rd wicket which seemed to have the Hawks on course to take the Sydney Thunder Conference Title. Then the wickets started to fall around Forrest after being 3/99, 4/100 then a 23 run stand between Forrest and Baldwin (10 off 7 balls) seemed to have the Hawks back on track until wickets fell on 123, 127, 134 and then 139 in the last over of them game. Then Austin Philip, who took a wicket with the first ball of the game needed to score 1 run with 3 balls remaining, first ball was a dot, 1 from 2 when Austin cleared the infield to take the single needed to win the game and the Hawks took the flag.

The crowd at Bankstown Oval was prominently vocal Hawks supporters who filled 2 buses to support their local team and help them get across the line!.

The win was the first 1st grade title the Hawks have won being the Sydney Thunder Conference Title 2020. 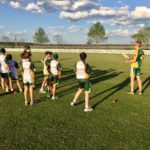